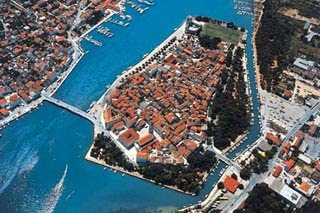 Trogir is located in southern Croatia on the Adriatic Sea. It was first settled by Greek colonists in the 3rd century BC and it developed into a major port until the Roman period.
Trogir has a fascinating 2300 years of continuous urban tradition. Its rich culture was created under the influe 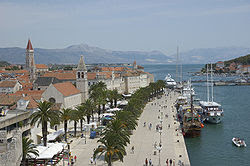 nce of old Greeks, Romans, and Venetians. Trogir has a high concentration of palaces, churches, and towers, as well as a fortress on a small island. 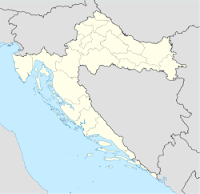 The orthogonal street plan of this island settlement dates back to the time of the Greeks and it was embellished by successive rulers with many fine public and domestic buildings and fortifications. Its beautiful Romanesque churches are 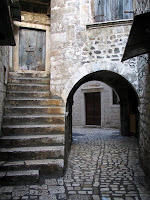 complemented by the outstanding Rennaisance and Baroque buildings from the Venetian period. Trogir is the best-preserved Romanesque-Gothic complex not only in the Adriatic Sea, but in all of Central Europe. Trogir's medieval core, surrounded by walls, comprises a preserved castle and tower and a series of dwellings and palaces from the Romanesque, Gothic, Renaissance and Baroque periods.
Sourced from: http://en.wikipedia.org/wiki/Trogir
-Teacher Karl
Posted by T2 at 8:03 PM