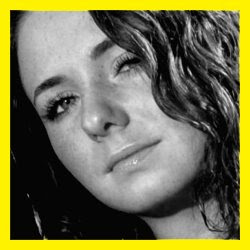 Lena Katina (Elena Sergeevna Katina) Date of birth: October 4, 1984 Place of birth: Moscow Parents: Inessa Katina and Sergey Katin (a musician) Brothers and sisters: Lena has two younger siblings, her sister Katya, and a half brother From an early age, Lena was involved in sports and musical activities. When she was around 8 years old, she was enrolled in music school (in addition to "normal" school life) and studied playing the piano from 1992-1999. Lena likes ice-skating, gymnastics, tennis, swimming and horseback riding. She is also an avid reader of books. Career in music: Children's group "Avenue"; children's group "Neposedy" where she met Yulia and became friends with her. "Tatu" (casting in 1999, Yulia passed the casting as well). Lena is a student of psychology at Moscow University (2001-). 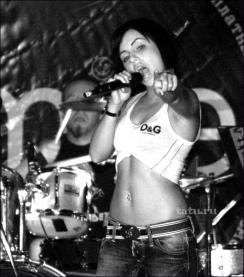 Yulia Volkova (Yulia Olegovna Volkova) Date of birth: February 20, 1985 Place of birth: Moscow Parents: Larissa Volkova and Oleg Volkov (a businessman) Brothers and sisters: Yulia is an only child. Additionally to "normal" school life, Yulia started to learn how to play the piano at a music school, when she was around 8 years old (1993-2000). When she was 11 years old, she changed schools - instead of the "normal" school life, the focus of her education was now on artistic expression (1996-2000). When she was around 15, she started vocal studies (jazz) at "Gnessin State Musical College" (ca. 2000). Yulia's sports activities included tennis, ice-skating, ballroom dancing and swimming. She played a few small TV roles ("Eralash") while in "Neposedy". Yulia is a natural blonde and dyes her hair black. Career in music: Children's group "Neposedy" where she met Lena who joined the group later. "Tatu" (casting in 1999, Lena had passed the casting shortly before her). On September 23, 2004, Yulia gave birth to a daughter: Viktoria (or Vika for short) Volkova. She is no longer with Vika's father, Pavel Sidorov. Her second child, a son, was born on December 27, 2007. The father is young Russian businessman Parviz Yasinov.
Imformations From:http://www.tatu.us/website/info.php
Photo Blog:http://blog.tatu.ru/Photo/
Media:http://www.tatugirls.com/
-Mika